No weapon formed against….: Evangelical pastor shares image of prayer circle laying hands on President Trump in the Oval Office 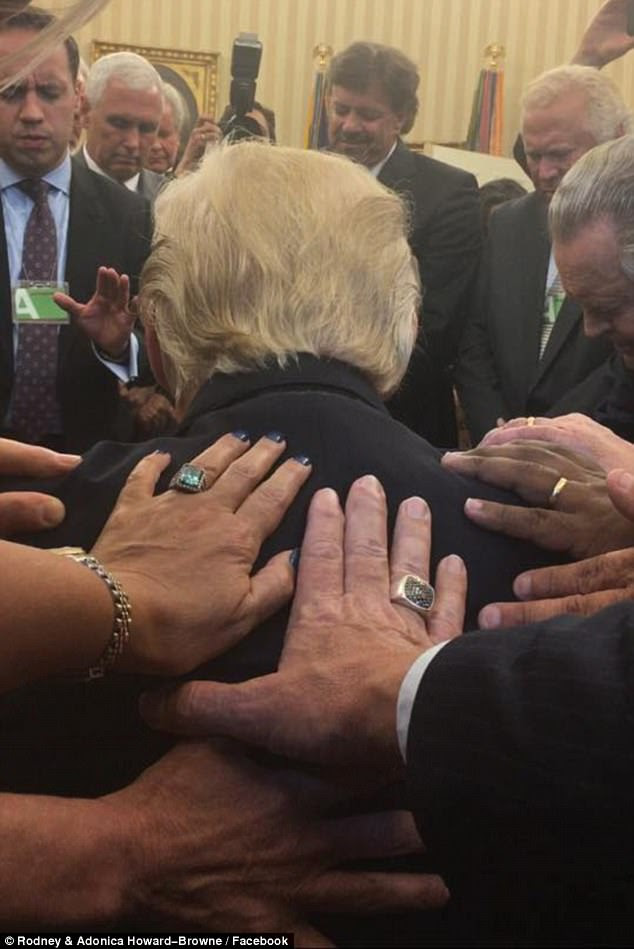 There's nothing wrong with this.  In fact, no weapon formed by CNN, the Washington Post and the New York Times will ever succeed against President Trump because he's under the protection of God.
Who do you think put him in office, Putin or God?


Daily Mail reports this is the moment evangelical leaders laid their hands on Donald Trump's back as they prayed over him in the Oval Office.

Evangelical pastor Rodney Howard-Browne led a prayer circle alongside his wife Adonica in the White House and then shared the image on Facebook.

President Trump and Vice President Mike Pence can be seen closing their eyes and bowing their heads in the solemn moment.

The group were invited to pray with Trump during a meeting with members of The Office of Public Liaison.

Others pictured included Jack Graham, the pastor of Prestonwood Baptist Church in Plano, Texas, and Michele Bachmann, the former Republican congresswoman from Minnesota.