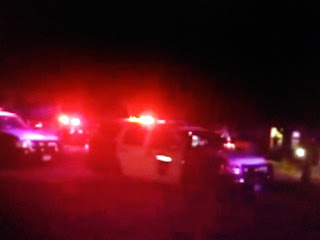 Police officer has said he's never seen anything like this before.
Shocking!

A flurry of gunfire led authorities to the gruesome discovery inside a Plano home around 8 p.m., police said.

The first cop to the crime scene confronted the shooter inside and shot him dead, Plano police spokesman Officer David Tilley told reporters.
Two more people were wounded in the deadly attack and rushed to a hospital near the Dallas suburb. Their conditions were not immediately known.