'Thanks for the VOTE of confidence!' Oprah Winfrey stokes speculation about a White House…Okay Start Laughing 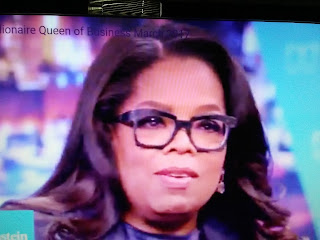 NeverTrumper John John Podhoretz was proven wrong when he said Donald Trump had no shot at beating Hillary Clinton.
So why should we be impressed when he says Oprah can beat President Trump? Podhoretz has zero credibility and his latest offering doesn't improve it much.  As far as Oprah beating Trump?  It would be a good show, but Trump would crush her into a grease spot on the floor.  Bring it!


Daily Mail reports Democrats have the perfect weapon to take down Donald Trump in 2020, according to a conservative columnist: Oprah.

The famed black media proprietor and TV host was thrown into the political mix on Thursday when an op-ed in the New York Post suggested she is 'uniquely positioned, should she wish to commit herself, to seek the Democratic nomination for president and challenge Trump in 2020.'

John Podhoretz, a never-Trump advocate and former speechwriter for Presidents Ronald Reagan and George H.W. Bush, shared his essay on Twitter – and Oprah answered.
'Thanks for your VOTE of confidence!' she wrote back in a tweet.
Podhoretz replied: 'Give it a shot, what, would it kill you?'