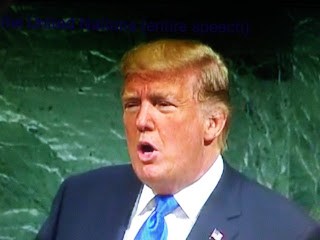 Like any other proposed legislation, the details are negotiable.
I'm not happy about not being able to deduct state and local taxes either.  That's what negotiation is for and I don’t trust the GOP to negotiate in good faith with a president of their own party.

Daily Mail reports as President Trump prepares to sell his tax plan to the nation's manufacturing lobby on Friday, his best-laid tax plans have already drawn objections from some fellow Republicans who are fuming over the decision to end deductions for state and local income taxes.

The situation will pit the White House against members of Congress from states that pile high income taxes on top of what the federal government takes from paychecks.

High-income Californians, for instance, pay as much as 13.3 per cent of their income to the state in addition to their federal taxes. New Yorkers can pay up to 8.82 per cent.