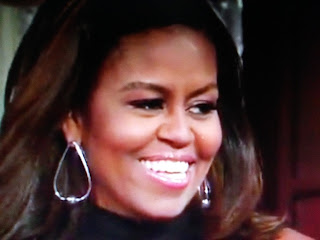 Although she may not have said this exactly, this is precisely what Michelle Obama's comments mean.
Liberals always feel that only they know what's best for everyone else.  It's what makes them so annoying and wrong.


NY Post reports Michelle Obama bashed female Trump voters for going “against their own voice” by failing to support Hillary Clinton in the 2016 president election, according to a report.

The former first lady made the comment during a conference in Boston, saying women who backed the GOP nominee chose what they were “supposed to like,” the BBC reported.

“Quite frankly, we saw this in this election. As far as I’m concerned, any woman who voted against Hillary Clinton voted against their own voice,” Obama said during a question-and-answer session.