What a Whack Job!: Odell Beckham’s peeing explanation is even weirder than act itself 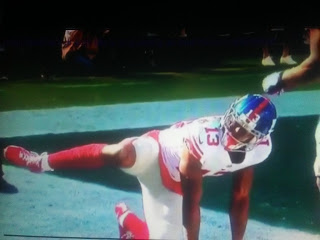 Odell Beckham is a great talent, but I think the guy has mental issues that eventually will blow up in the Giants when it hits the fan.
The man is not a steady vessel.

NY Post reports the ball, and quite possibly the season, fluttered over the head of a helpless Odell Beckham Jr., standing in the end zone on the L of EAGLES, hoping he would get the chance to catch a 61-yard field-goal try that would fall short and take it to the house and win the game as time expired and end the Giants’ misery.