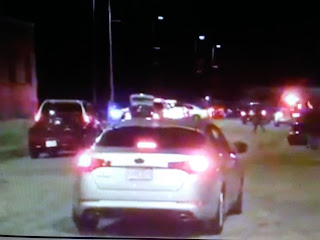 The suspect fled the scene, according to the Lincoln Parish Sheriff’s Department, which said it doesn't believe the suspect was a GSU student. The suspect has not been apprehended.
Police said they believe there was an altercation in a dorm room on campus, which led up to the shooting in a courtyard outside.

Grambling State University Director of University Communications Will Sutton said the victims were Earl Andrews, a senior at GSU, and Monquiarious Caldwell, who was not a student. Both men were 23 years old and from Farmerville, Louisiana.

Both victims were pronounced dead at the scene.