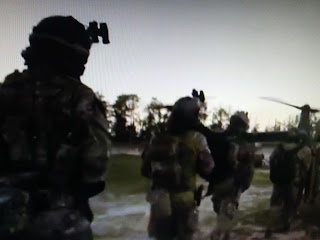 This is terrible news!  How can Green Berets get killed in an ambush?


CNN reports three members of the US Special Operations Forces were killed and two others were wounded in southwest Niger near the Mali-Niger border when a joint US-Nigerien patrol was attacked Wednesday, two administration officials told CNN.

The administration officials added that the two wounded US troops had been evacuated to the capital, Niamey, and would soon be moved to Germany. They were described by the officials as being in a "stable condition."