Truth Comes Slow: Vegas shooter must have had ‘help at some point’: authorities 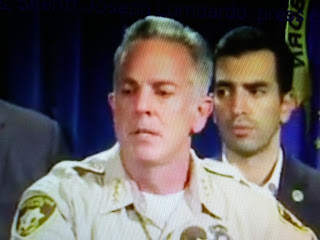 I think there's a whole lot more to this story that's being reported.
Maybe this was an ISIS attack by two shooters and Stephen Paddock was a patsy?

The Mandalay Bay guard was feet away from cops when he spotted a 32rd-floor room door, slightly ajar, and approached – drawing fire from Paddock inside at 10:18 p.m. on Sunday, Clark County Sheriff Joseph Lombardo revealed.

Even after the guard and cops retreated, the wounded security man refused to leave the scene and kept going door-to-door with his master key to evacuate guests, officials said.