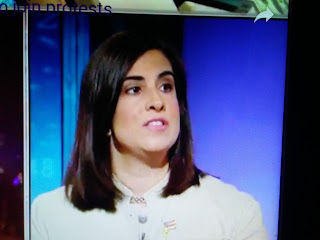 This is a big boost for Maliotakis who is picking up stream!
Be Blasio make get the shock of his life on Election Day.

NY Daily News reports the city's sergeants union want Assemblywoman Nicole Malliotakis as their next mayor.
Ed Mullins, president of the Sergeants Benevolent Association, stood next to Malliotakis during a Tuesday morning breakfast at Antun's in Queens Village for her first union endorsement.
"On behalf of, I'd like to say all members of the NYPD, because I know what they feel, particularly the members of the Sergeants Benevolent Association, we are endorsing (her) for the next mayor of The City New York. We could not be happier to see (this as) the outcome of this election," he said to claps from the room.