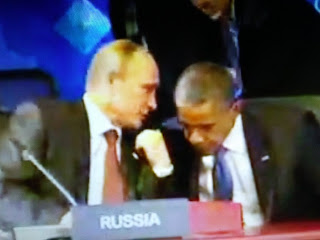 Why is there a special counsel investigating President Trump with all this information linking the Obama administration to Russia?

NY Post reports the Obama administration knew that Russia had used bribery, kickbacks and extortion to get a stake in the US atomic-energy industry — but cut deals giving Moscow control of a large chunk of the US uranium supply anyway, according to a report Tuesday.

The FBI used a confidential US witness working inside the Russian nuclear industry to gather records, make secret recordings and intercept ­e-mails as early as 2009 that showed the Kremlin had compromised an American uranium trucking company, The Hill reported.

Executives at the company, Transport Logistics International, kicked back about $2 million to the Russians in exchange for lucrative no-bid contracts — a scheme that violated the Foreign Corrupt Practices Act, the report said.

The feds also learned that Russian nuclear officials had gotten millions of dollars into the US designed to benefit the Clinton Foundation at the same time then-Secretary of State Hillary Clinton served on a government committee that signed off on the deals, sources told The Hill.