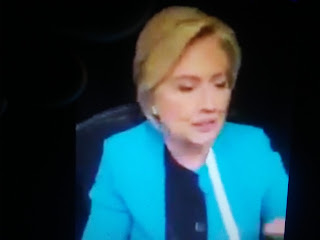 Yeah, Hillary definitely has health issues that made her a dangerous choice for the White House.

NewsMax reports Hillary Clinton was in a surgical boot and on crutches Monday after breaking her toe in a fall on a stairway — forcing her to cancel some of her British media interviews, the Daily Mail reported.

The 69-year-old former Democratic presidential nominee recounted the incident on the BBC program The Graham Norton Show, telling the host she took a tumble in high heels while holding a cup of coffee; the fall forced her to pull out of scheduled TV and radio appearances including ITV's This Morning and Woman's Hour on Radio 4.