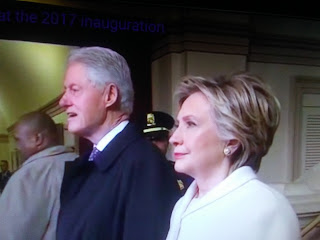 The only explanation as to why Bill Clinton gets away with this kind of stuff is because the mainstream media protects his reputation like a public relations firm.
And that's why American media is corrupt to the core!

Fox News wrote in 2016 that the Lolita Express, a Boeing 727 jet, was “reportedly outfitted with a bed where passengers had group sex with young girls.”

Clinton flew on some trips where the flight logs showed only the first names of female passengers.
The Daily Caller News Foundation contacted the Clinton Presidential Library last week to obtain information about the former president’s relationship with billionaire Epstein, who in 2008 was convicted of soliciting sex from underage girls as young as 14.