Dustin Hoffman, The Graduate, accused of sexual harassment against 17-year-old 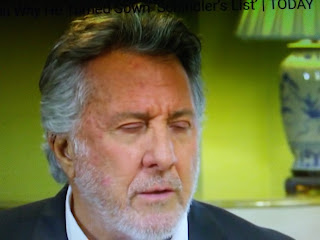 The Guardian reports Dustin Hoffman has been accused of sexual harassment against a 17-year-old intern in 1985.

Writer Anna Graham Hunter alleges that the actor, now 80, groped her on the set of TV movie Death of a Salesman and spoke inappropriately about sex with her.

“He asked me to give him a foot massage my first day on set; I did,” Hunter wrote in the Hollywood Reporter. “He was openly flirtatious, he grabbed my ass, he talked about sex to me and in front of me. One morning I went to his dressing room to take his breakfast order; he looked at me and grinned, taking his time. Then he said, ‘I’ll have a hard-boiled egg … and a soft-boiled clitoris.’ His entourage burst out laughing. I left, speechless. Then I went to the bathroom and cried.”