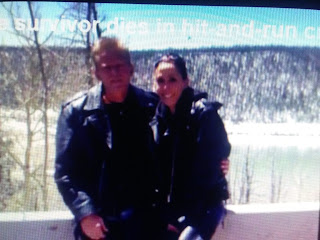 USA Today reports a Las Vegas man who survived the Oct. 1 mass shooting that killed 58 people was killed by a hit-and-run driver while hitchhiking, his wife says.

Authorities had been searching for a 2010-2013 Chevrolet Camaro after car parts were found at the scene. A Highway Patrol spokesperson was not immediately available for comment Sunday, but KSNV-TV in Las Vegas reported that the car has been found and charges are pending.