Nothing innocent about Sen. Elizabeth 'Pocahontas' Warren, She's a fraud and a cultural appropriator of the highest order 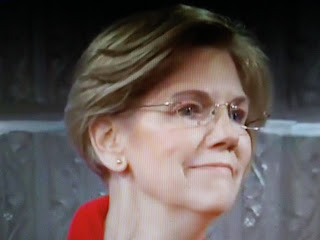 It’s not even close!  Sen. Elizabeth Warren is the biggest fraud in the Senate!
And that's quite an achievement for a body that includes the likes of Sen. Al Frankem.

The media's reaction to President Trump's jab at Warren is yet another predictable overreaction to defend a woman who stole a Native American heritage she does not own.

Why do you think she doesn't settle the issue once and for all by taking a Ancestry.com swab?  That's all she has to do.  But, she doesn't get it done because she knows she doesn't have .0009% of Native American blood.

President Trump could have more Native American blood than Warren for all we know.  But, he's never claimed to be a Native American.  She has and has benefitted dishonestly by doing so.  The woman is dishonest and continues to be to this very day and the corrupt media covers for her fraud.