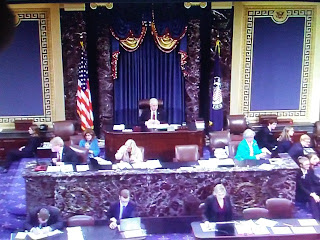 I like these phony protests by people complaining about keeping more money in their pockets.
That is if they even work in the first place.  Tax cuts mean something to people who work.


Reuters reports the Republican-controlled U.S. House of Representatives on Wednesday was expected to give final approval to a sweeping tax bill and send it to President Donald Trump to sign into law, sealing his first major legislative victory in office.

In the largest overhaul of the U.S. tax code in 30 years, Republicans in mere weeks have steamrolled over the opposition of Democrats in an effort to slash taxes for corporations and the wealthy, while offering mixed, temporary tax relief to working American individuals and families.