This is really sad for an immigrant success story who grabbed his piece of the American dream, only to end his life In suicide.

NY Post reports Lowell Hawthorne, who emigrated to the US from Jamaica and founded a restaurant franchise chain with 120 locations in nine states, committed suicide Saturday night in his Bronx factory. 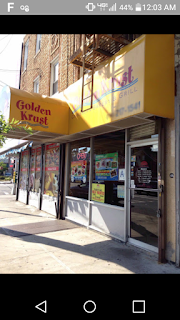 Hawthorne, 57, the CEO of Golden Krust, died of a self-inflicted gunshot wound, law enforcement sources said.
Golden Krust opened its first restaurant in 1989 in The Bronx after Hawthorne, his wife Lorna, four of his siblings and their spouses, pooled their money, Loop news of St. Lucia reported.