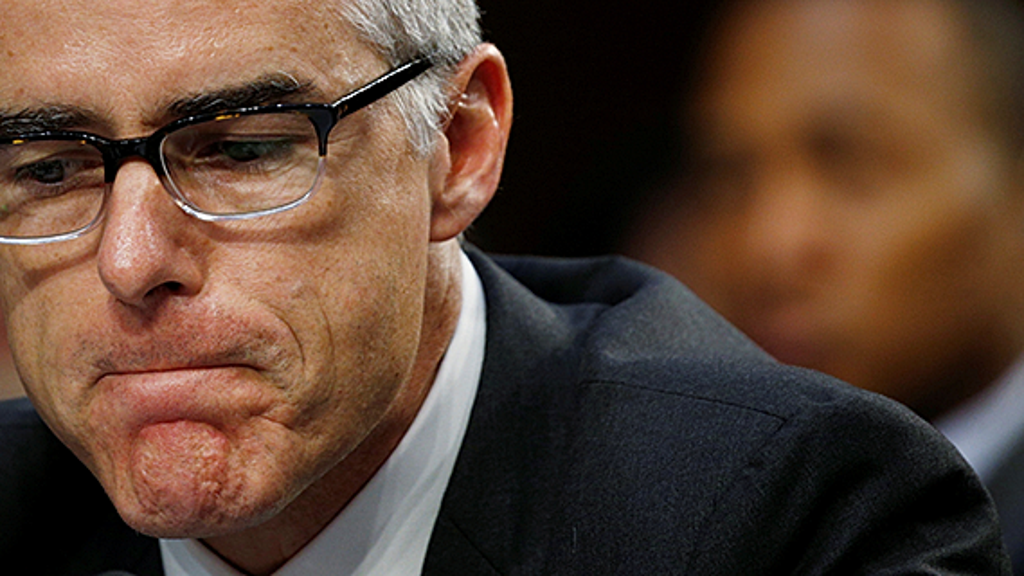 Who's Andrew McCabe?
That's a question millions of Americans who watch the mainstream media will be asking because they are keeping them in the dark.


Fox News reports top FBI official Andrew McCabe has been "removed" from his post as deputy director, Fox News is told, leaving the bureau after months of conflict-of-interest complaints from Republicans including President Trump.

A source confirmed to Fox News that McCabe is taking “terminal leave” – effectively taking vacation until he reaches his planned retirement in a matter of weeks. As such, he will not be reporting to work at the FBI anymore.

The move was first reported by NBC News.