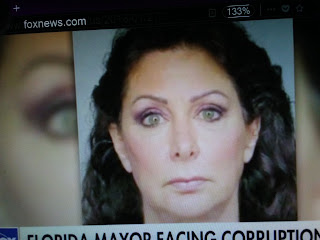 These Democrats are really sleazy.
I should know because Bill de Blasio is my mayor and Andrew Cuomo my governor.  This really hurts the Democrat brand countless ways.

Fox News reports a Florida mayor was removed from office Friday after she was arrested and charged with three felony corruption charges.