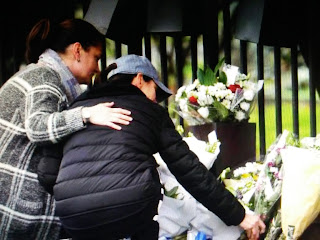 This is so bad!

The Independent reports three teenage boys have died after a car mounted a pavement and ploughed into a group of youths near a bus stop.

All three boys, believed to be aged around 16, were declared dead at the scene by paramedics after they were hit by the black Audi in Hayes, west London.

A 28-year-old man who was travelling in the car was arrested on suspicion of causing death by dangerous driving. He was taken to hospital for treatment and will be taken into custody when he is discharged, said police.