Only Game Dems Play: CNN’s Homosexual Lemon: ‘The President of the United States Is Racist — A Lot of Us Already Knew That’ 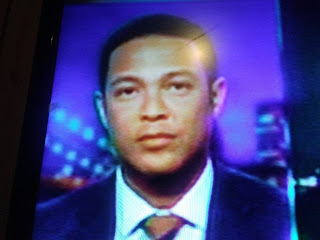 To Libs everything is racist.  Their taught to say that from the crib.
They have no other way of relating to the world.  But, how many people go to Haiti or parts of Africa for a vacation?  There not exactly garden spots of the world and everybody knows it.


Breitbart reports Thursday on “CNN Tonight,” host Don Lemon derided President Donald Trump, declaring him a “racist” for the remarks he made describing certain countries as “shitholes” that were leaked and relayed by a Washington Post report.

The president of the United States is racist,” Lemon proclaimed. “A lot of us already knew that.”
“I have to admit, I was not shocked that Donald Trump reportedly called the majority of black and Hispanic countries or continents ‘shitholes,’” he continued. “I wasn’t shocked. I’m really not outraged by it. I’m tired of being outraged, as a matter of fact. I’ve been outraged too many times. It’s more important to be strategic than to be outraged … Otherwise, it becomes a sky-is-falling situation every time he says something dumb or stupid or racist.”