(Video) Tucker Carlson: ‘Trump Said Something That Almost Every Person in America Actually Agrees With’ 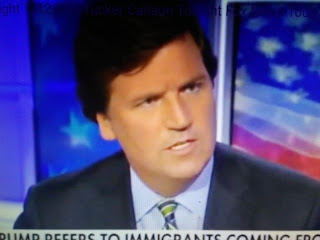 Would you rather live in Haiti or Norway?  If one could answer this question honestly, then that's the problem with political correctness.
Haiti and parts of Africa are terrible places to live.  It's the truth!  We can't be honest about it?

CNS News reports as President Trump's many critics melt down over his use of the word "shithole" to describe Haiti and some African countries, not everyone is distracted by the president's poor word choice.
While some CNN correspondents were quick to call Trump a racist, some Fox News personalities were more willing to consider the truth behind the president's controversial statement.
“Why are we having all these people from shithole countries come here?” the Washington Post quoted the president as saying Thursday during a White House meeting on immigration reform. The president reportedly asked why the United States doesn't take more people from Norway, for example. He had met with the prime minister of Norway just the day before.