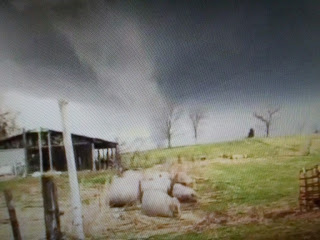 This is terrible!  Living in the northeast, we don't  tornadoes much.
But, when we get warning, it scares me to death.


ABC News reports at least four people were killed in two southern states Saturday as the result of reported tornadoes and heavy rain and flooding, officials said,
Interested in Weather?