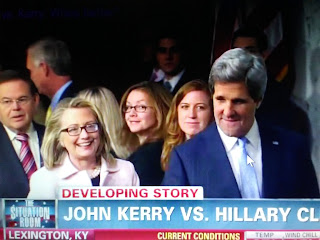 Boy, even John Kerry's peeps got into the act to undermine Donald Trump.

Washington Times reports a former State Department official has confirmed that he played middleman in relaying anti-Trump smut from two Hillary Clinton operatives to dossier writer Christopher Steele who passed it to the FBI.

It is a further thickening of the plot by Democratic Party agents to get unverified dossier material into the news media and the Obama Justice Department before election day Nov. 8.