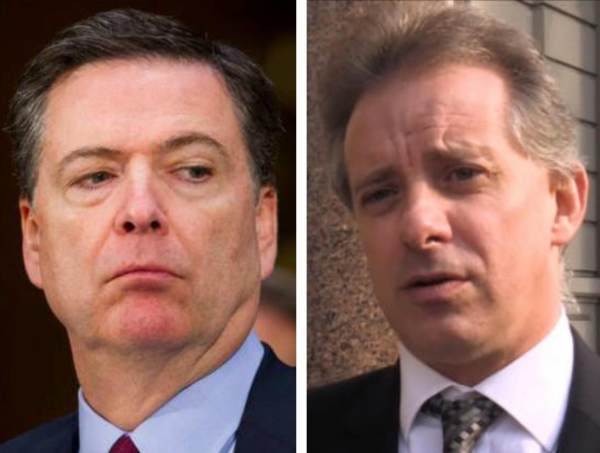 This is how corrupt some personnel and James Comey was in their attempt to sabotage Donald Trump.

Gateway Pundit reports congressional investigators are looking into whether the FBI paid dossier author Christopher Steele’s travel expenses to D.C and Rome in order to make him look like an official “informant” rather than a DNC-paid oppo research operative before the FISA court.

Christopher Steele and the dossier are central to the Russian collusion investigation. Disgraced FBI Deputy Director said under oath if it weren’t for the dossier, the FBI would have never sought the FISA warrant to spy on Trump’s camp.

According to the memo, Christopher Steele was paid over $160,000 by the DNC and Clinton campaign; this information was hidden from the FISC even though the DOJ and FBI both knew.