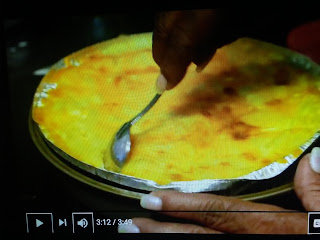 Every damn year somewhere in this country during Black history month this same story pops up.
And it so stupid and so unjustified.  There's nothing racially insensitive about having macaroni and cheese, collard greens, watermelon flavored water, and fried chicken on the menu.  It's the food we eat!  And people get fired over this?  It's a stupid non-issue to get attention.  That's all it is.

PIX 11 reports a racially insensitive menu for a Black History Month meal at New York University has led to a company apology and workers being fired.

According to The New York Times , NYU President Andrew Hamilton says it was "inexcusably insensitive" for a food service company to feature barbecued ribs, corn bread, collard greens, and beverages with racist connotations: Kool-Aid and watermelon-flavored water.
Sophomore Nia Harris, who's black, says the head cook dismissed her objections and told her that black employees planned the menu. Aramark says it has fired two workers and is retraining its NYU employees.

It issued an apology to the entire NYU community and "communities everywhere" for the employees' "insensitive and offensive actions."