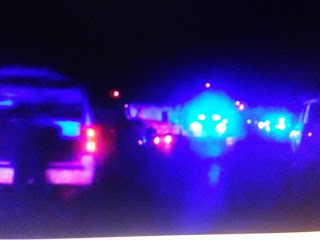 That makes at seven police officers shot and killed in that last 10 days.
What the heck is going on?

Fox News reports a Maryland police Medal of Valor winner was shot and killed Wednesday while intervening in a domestic violence dispute, officials said, making him the second police officer killed in the U.S. in just a 12-hour span.

Police named 14-year veteran Cpl. Mujahid A. Ramazziddin, 51, as the officer killed in the confrontation. He was off duty at the time of the incident. He was assigned to the Special Operations Division.