Monday’s Tax Receipts $ 18.4B Would Pay for Entire Border Wall 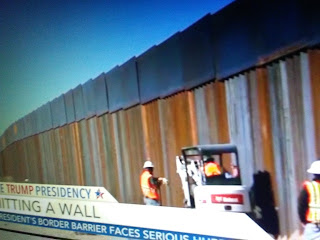 Most folks don't realize how much our government is raking it in with our money.

CNS News reports the $18.477 billion in tax revenues the federal government collected on Monday, according to the Daily Treasury Statement, is more than enough to cover the $18 billion that President Donald Trump is requesting in his new budget proposal for building a wall along the U.S-Mexico border.

“As the President has said, a nation without borders is not a nation at all,” Office of Management and Budget Director Mick Mulvaney said in written testimony presented to the Senate Budget Committee on Tuesday.+