Grassley: Susan Rice Must Answer Questions on Inauguration Day Email to Herself 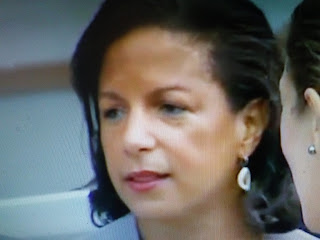 There's a whole bunch of stuff Susan Rice needs to answer for going all the way back to the Benghazi incident.

Fox News reports Sen. Chuck Grassley said former national security adviser Susan Rice must answer lawmakers' questions about why she sent an "unusual" email to herself in the last hours of the Obama administration.

The email, which was sent on the day of President Trump's inauguration, was released Monday by Senate Judiciary Committee Chairman Grassley and Sen. Lindsey Graham (R-S.C.).