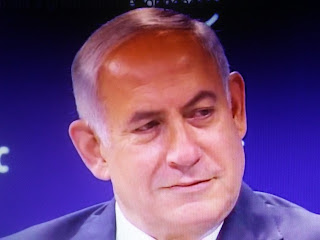 If there's one country in the world that is OVERDUE for a serious ass kicking, it's Iran.
And the United States should be Israel's wingman is any such attack.


NewsMax reports Prime Minister Benjamin Netanyahu said on Sunday that Israel would act against Iran, not just its allies in the Middle East, if needed, reiterating his country's position that Tehran was the world's greatest threat.

As tensions increase in the Middle East over Iran's role in Syria and Yemen and as U.S. President Donald Trump presses for a tougher approach on Tehran, Israel is seeking wider support to contain its regional nemesis.

Holding a piece of what he said was an Iranian drone after its incursion into Israeli airspace earlier this month, Netanyahu told the Munich Security Conference: "Israel will not allow the regime to put a noose of terror around our neck.