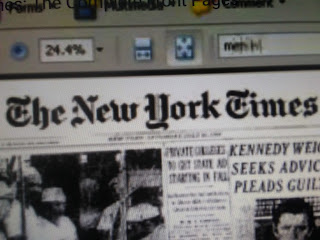 That's who Liberals are!
They hate their own country and embrace our enemies.  This is why Libs suck!

The younger Kim has been the talk of the town at the Winter Olympics after she attended the games’ opening ceremonies in the same VIP box as Vice President Mike Pence, South Korean President Moon Jae-in and Japanese Prime Minster Shinzo Abe.

But the Times took their praise of Yo Jong a step further on Sunday.
What did the Times say?