Porter claimed ex-wife’s black eye was from a fall 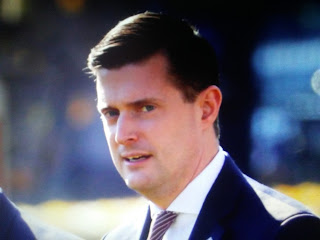 Sound like a reasonable explanation to me.
Why shouldn't he be given the benefit of the doubt?  Women have been known to tell big lies.

Porter told staffers that Colbie Holderness tumbled during a struggle over a piece of glass in a Venetian hotel room, according to ABC News.
Holderness, however, told the Daily Mail that Porter punched her in the face and there is photographic evidence that shows the black eye.