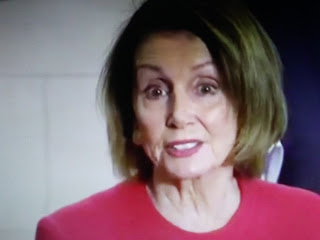 The only ones rooting for President Trump to fire Rod Rosenstein are the Democrats so they can accuse Trump of obstruction of justice.
Trump is too smart to fall into trap and will let Rosenstein absorb all the flack that's coming his way.

"It's appalling. It's a misrepresentation. It isn't even a release of intelligence material. It's a release of a distortion of it. Its purpose is, of course, to thwart the Mueller investigation," Pelosi said Friday. "If the president uses this fake, horrible release of distorted intelligence as an excuse to fire [deputy attorney general Rod] Rosenstein or [special counsel Robert] Mueller, it could lead to a constitutional crisis."