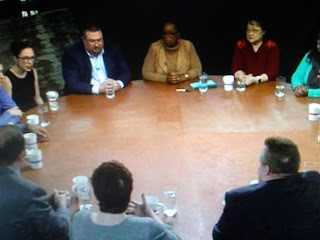 Why didn't 60 Minutes interview voters like this after Barack Obama was elected?
It's because the corrupt media was very happy with Obama and didn't care to voice any oppositions.  That's biased journalism and Oprah knows it.

Daily Mail President Donald Trump has slammed Oprah Winfrey for what he calls a 'biased, incorrect' interview with voters.

'Just watched a very insecure Oprah Winfrey, who at one point I knew very well, interview a panel of people on 60 Minutes,' Trump tweeted late Sunday, hours after the episode aired.

On the CBS show, Winfrey quizzed seven Michigan voters who voted for Trump and seven who voted against him.

'The questions were biased and slanted, the facts incorrect. Hope Oprah runs so she can be exposed and defeated just like all of the others!' Trump wrote.