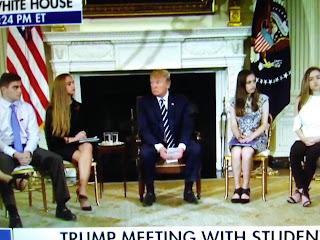 I think President Trump will take action many Libs won't think is enough and those on the other side will say is too much.
Will it stop mass shootings? Of course not.  It's the price we pay for living in a free society.

Fox News reports President Trump said Wednesday the administration is going to strengthen background checks for gun purchases and “put a strong emphasis on mental health,” as he promised students and families “we are going to get it done.”

Exactly one week ago, 19-year-old Nikolas Cruz, whom the president described as "a sick guy," opened fire at the high school and now is charged with killing 17 teachers and students with an AR-15 rifle.