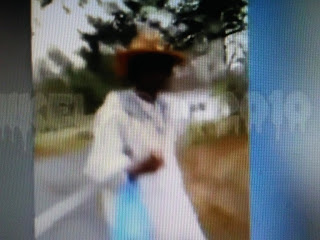 This is getting out of hand.
Again, I have to question why some people want to be famous or rather infamous so much.

USA Today reports a gunman shot and killed a North Carolina man Monday while the victim was broadcasting live on Facebook using a selfie stick.
Police say Prentis Robinson — who often livestreamed himself via his phone while walking around the town of Wingate, N.C. — was shot while on one of his typical Facebook live jaunts.
During his walk, Robinson talks to someone off-camera, repeatedly telling him, "You on Live," an apparent attempt to tell his soon-to-be attacker that anything he did would be captured on video.
The stream then shows a man in jeans and a blue jacket run up to him, several shots are fired and Robinson’s camera falls to the ground as the gunman runs away.
The incident prompted Wingate police to temporarily lock down a local school and university, and investigators are searching for the gunman. Wingate, pop. 4,000, is about 30 miles southeast of Charlotte, N.C.