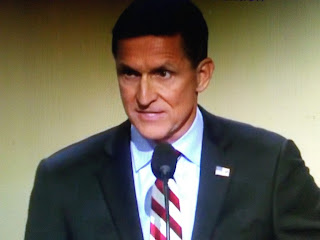 Michael Flynn needs to get his guilty plea withdrawn because he's a victim of the most blatant and sleazy government corruption I've ever seen.

The text messages about Contreras between controversial Federal Bureau of Investigation (FBI) lawyer Lisa Page and Peter Strzok, the senior FBI counterintelligence official who was kicked off Robert Mueller’s special counsel team, were deliberately hidden from Congress, multiple congressional investigators told The Federalist. In the messages, Page and Strzok, who are rumored to have been engaged in an illicit romantic affair, discussed Strzok’s personal friendship with Contreras and how to leverage that relationship in ongoing counterintelligence matters.