Former Mets OF and Philanthropist Rusty Staub Dies at 73 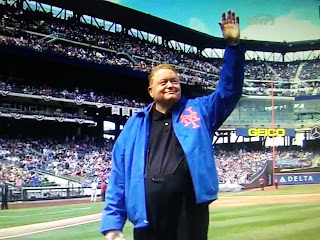 Rusty was a big part of my childhood and my love affair with the New York Mets.
He was a solid player and he did a lot to raise money for the widows and family of fallen police officers and fire fighters.

NY Daily News in every way, Rusty Staub, the beloved Mets' hitting icon, who passed away early Thursday morning at age 73, was bigger than life — a bigger-than-life baseball personality, humanitarian, gourmet chef, wine connoisseur, friend-to-all and, to the fans of Montreal, quite simply, "Le Grand Orange."
The hulking 6-2 Staub, whose post-retirement weight fluctuated from 250-300 pounds, had battled a number of health issues in recent years, including a near-fatal heart attack, October 2, 2015, on a flight from Ireland to New York. He reportedly became woozy while playing golf near his Palm Beach Gardens, Florida home in late January and was later discovered to be suffering from cellulitis, which evolved into a blood infection that resulted in a shutdown of his kidneys.