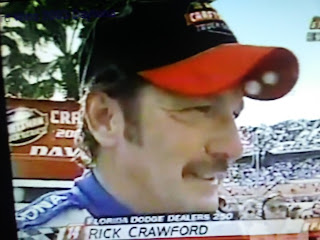 Federal charges?  I have no clue what's going on with Rick.

According to the Seminole County Sheriff’s Office, Crawford, 59, was arrested on March 1 and is currently being held without bail.

The sheriff’s Web site does not currently list a specific charge for Crawford but he is listed as being held as a federal inmate.