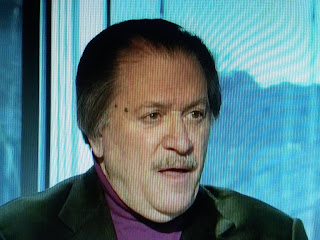 I think adding diGenova is a very smart move by Trump.
He's very familiar with the ways of The Swamp.

NewsMax reports Donald Trump is hiring attorney Joe diGenova, who has voiced the theory the president was framed by FBI and Justice Department officials, The New York Times reports.

The move is seen as an attempt to strengthen Trump's legal team, although diGenova is not expected to take a lead role, the newspaper reported.

The Times cautioned that the White House is not yet made a formal announcement and pointed out Trump frequently changes his mind.

According to the newspaper, diGenova had endorsed the theory that a secretive group of FBI officials made up claims about Russia as a way of trying to keep Trump out of the White House.

DiGenova said on Fox News in January: "It suggests there was a brazen plot to illegally exonerate Hillary Clinton and if she didn't win the election, to then frame Donald Trump with a falsely created crime."