Joe diGenova and Victoria Toensing will not join Trump's defense team, other lawyers anxious to join 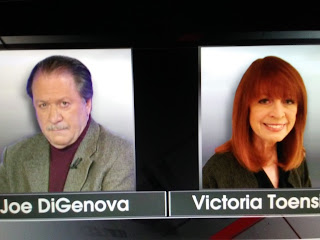 Unhappy that Joe diGenova is not aboard.
But, it doesn't mean JD won't be giving the president advice behind the scenes.

“The president is disappointed that conflicts prevent Joe diGenova and Victoria Toensing from joining the President's Special Counsel legal team,” Sekulow said in a statement.

Sekulow said the conflicts do not prevent diGenova and Toensing from assisting the president in other legal matters, but declined to reveal the nature of the conflicts.