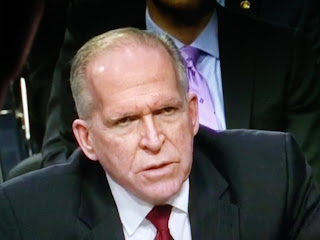 You must consider the source of these comments, John Brennan, a political hack of the first order.
Former CIA directors keep out of the public eye after they leave office.  Not this guy who routinely lied to Congress on multiple occasions while serving in the Obama administration.


AOL News reports Former CIA director John Brennan says he believes the US is headed down a dangerous path under President Donald Trump.

As another unprecedented week of tumult came to an end Friday, Brennan delivered a brutal assessment of Trump, calling him "unstable, inept, inexperienced, and also unethical" in an interview with MSNBC.

"And I think this is now coming to roost," Brennan said, referring to the magnitude of the chaos that seems to flow constantly from the Trump White House. And he expressed concern that in the midst of it all, Trump is no more prepared to lead nearly 14 months into his presidency than he was on day one.