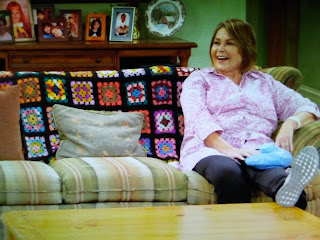 There's a much bigger audience for pro-Trump, pro-American, pro-traditional values programming that Hollywood can ever realize.

Deadline reports  Roseanne made a triumphant return Tuesday night, blowing past projections with a 5.2 adults 18-49 rating and 18.2 million total viewers for the debut of its revival, which drew 10% more viewers than the original series finale 21 years ago.

While nostalgia was expected to bring in eyeballs, no one predicted such a huge turnout on premiere night for the blue-collar family sitcom with a Donald Trump-supporting protagonist, especially among the younger demographic. But then, few predicted that Trump would become the Republican nominee and would win the presidential election when he first announced his candidacy.