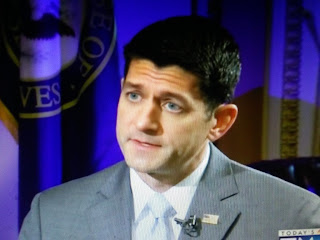 I sure hope this is true because Paul Ryan is a big part of President Trump's troubles.
He's too soft.

Amodei said he was repeating a rumor that's around Capitol Hill.

"The rumor mill is that Paul Ryan is getting ready to resign in the next 30 to 60 days and that Steve Scalise will be the new Speaker," Amodei said.

"Now that is interesting because nobody has talked to members (of the U.S. House) on how they are going to vote (on new leadership)," Amodei said. "Now, maybe they have talked to all of the members but me. I don't know, so that is the rumor mill from last week."