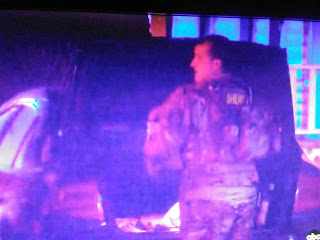 ABC News reports a Clinton, Missouri, police officer who was gunned down Tuesday night was done so responding to the wrong address, police said.
Missouri State Highway Patrol Sgt. Bill Lowe made the distinction in a news conference late Wednesday, saying police officers, including Ryan Morton, were given the wrong address by dispatchers. Upon arrival, Morton and two other officers came under fire from a suspect, entered the home and were struck by gunfire. Morton was killed.
Morton, 30, had returned to the Clinton Police Department after another officer there died in the line of duty last year, authorities said Wednesday.