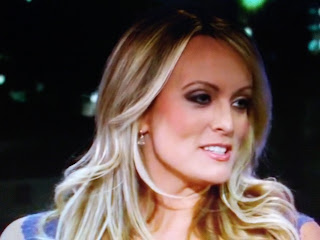 It's a sight to see how much the corrupt media machine is giving this trashy woman so much attention.
But, here's a newsflash to the media empty heads.  It won't have any affect on the success of the Trump presidency.  It will get stronger.

Daniels, whose real name is Stephanie Clifford, filed a lawsuit in Los Angeles on Tuesday that claims the nondisclosure agreement is invalid and she is free to publicly discuss the alleged Trump tryst, according to the suit.