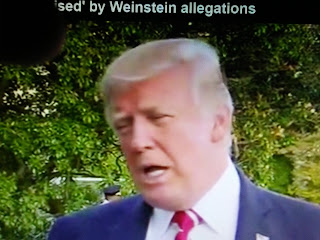 I doubt very much that these memos are anything to get excited about.
But, that won't stop the corrupt media from playing them up to the hilt.  Yellow journalism continues.  Real news as dead as JFK!

NewsMax reports President Donald Trump on Sunday accused fired Deputy FBI Director Andrew McCabe of lying about the memos he reportedly wrote up after every exchange with the president.

The condemnation came in a fiery tweetstorm that accused both McCabe and former FBI Director James Comey of lying about leaking information to the media — a tirade fueled by a Fox & Friends Sunday discussion.

Trump asserted he "spent very little time with Andrew McCabe but he never took notes when he was with me."

Spent very little time with Andrew McCabe, but he never took notes when he was with me. I don’t believe he made memos except to help his own agenda, probably at a later date. Same with lying James Comey. Can we call them Fake Memos?
— Donald J. Trump (@realDonaldTrump) March 18, 2018