All James Comey’s talks have damaged his book sales 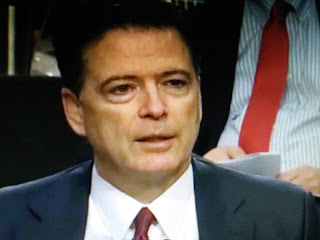 Slow book sales will be a problem when Comey's legal fees kick in.

San Francisco Chronicle reports Carl Hall stopped in at his independent bookstore, Christopher’s on Potrero Hill, and was surprised to discover that the new James Comey book, “A Higher Loyalty: Truth, Lies and Leadership,” was selling like coldcakes. Hall, a loyal customer, was moved to buy a copy.

Store owner Tee Minot said people have been asking about the book, but not buying it, in contrast to the demand for Michael Wolff’s “Fire and Fury.” “I think people wanted the gossip of ‘Fire and Fury,’” she said. “I almost think there was too much of a media blitz for this book. All the juicy parts have already been excerpted or talked about on TV or in interviews. ... Probably some of the things Comey is talking about are incredibly on target. But we all know them already.”