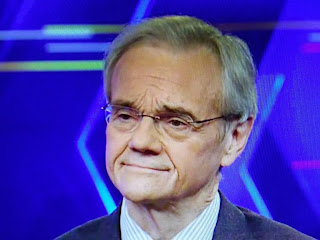 You won't hear this in the corrupt media, but the Democrats are in disarray.
They think Trump hatred is enough to regain the House and the Senate.  But, a notional party needs more than that.

In a move that reeks of desperation, the DNC filed a civil suit Friday against President Trump’s campaign, Russia and WikiLeaks, alleging a vast (right wing!) conspiracy to tip the election to Trump.

The suit’s flamboyant charges made headlines, but that only served to obscure the real meaning. Namely, that top Dems are giving up their fantasies that special counsel Robert Mueller will deliver them from political purgatory by getting the goods on Trump.

The trashy suit is their way of trying to keep impeachment and Russia, Russia, Russia alive for the midterms in case Mueller’s probe comes up empty.

Truth be told, party leaders are right to be disheartened by setbacks in the War against Trump. For the second time, the president was told he is not a target of Mueller, this time by Rod Rosenstein, the deputy assistant attorney general who created Mueller.

While Trump could still become a target, the odds of that happening decline by the day.

The probe started in the summer of 2016 by the FBI, and was taken over by Mueller nearly a year ago. Despite a large, secret budget and a squad of seasoned gunners, many of them Clinton supporters, Mueller hasn’t produced any evidence of a crime by the president.

If he had, Trump would be a target.